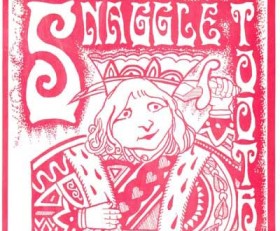 This was an odd release I’d never heard either band, but had known Chris Lee of Snaggletooth for quite some time due to previous bands of his. So I decided to release this even though I’d never seen the bands. We did it on clear vinyl and both bands scheduled release parties in Cincinnati, that I wasn’t able to attend. As fate would have it the discs sold well but within two months of release both bands had broken up. I was left with hundreds of unsold records, quite a bit in debt and with no real desire to continue.

Recorded in 1994 by Moziz in Cincinnati, OH

Be the first to review “Shoot The Gift / Snaggletooth” Cancel reply